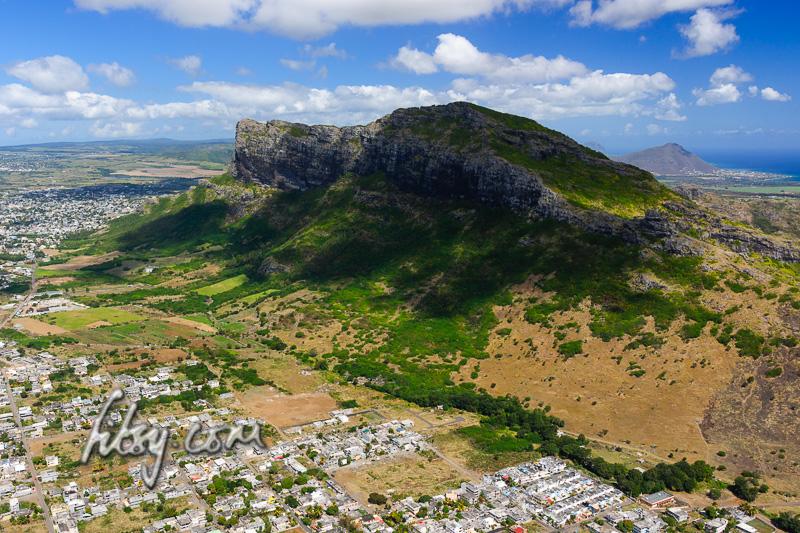 Corps de Garde mountain is a can be a physically demanding climb, especially the first part up to the perched rock. But the views over the western coast all the way up to the north past Port Louis and the central plains of Mauritius, are very rewarding, and should hopefully serve as an incentive for you to try this route.
The path is also exposed to the sun, due to the lack of tall trees along the route, so you should ideally start this route as early as possible in the morning.

Corps de Garde mountain is located on the western side of central Mauritius near the towns of Rose Hill and Quatre Bornes. The part of Rose Hill which lies neareast to Corps de Garde is known as Stanley.
There are no bus routes which pass near the start of the hiking route, located at the northern side of the mountain, so the only way to get to the starting position is by use of car or by walking from Stanley which you can reach by using buses which serve Stanley from Rose Hill bus station.
The start of the path is by a clearing adjacent to the road. There is a bridge over a small stream passing under the road. Park your car in this clearing.

The track leading to the summit of Corps de Garde is well used, and in some places you might find that the track splits and later rejoins itself. Choose whichever track you are most comfortable with, as long as you keep within the general guidance of the track log provided here. 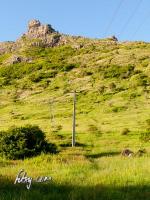 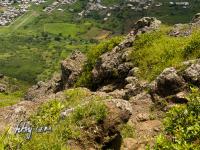 On your way down, avoid following the track northwards towards the tarred road where a telecommunication tower installation is located. It is advisable you take the same route you took on your way up, as although the northern track seems less steep, the ground eventually turns very rocky and is obscured with tall grass, making it difficult to know where you are placing your feet.