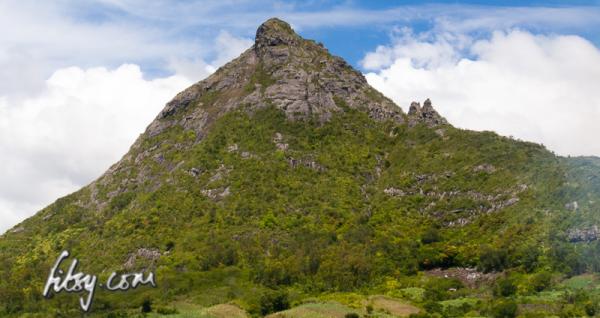 Guiby peak is at the eastern end of the Moka mountain range, near the villages of Petit Verger near Saint Pierre, Moka. The path starts at the same location as the path for Le Pouce mountain. 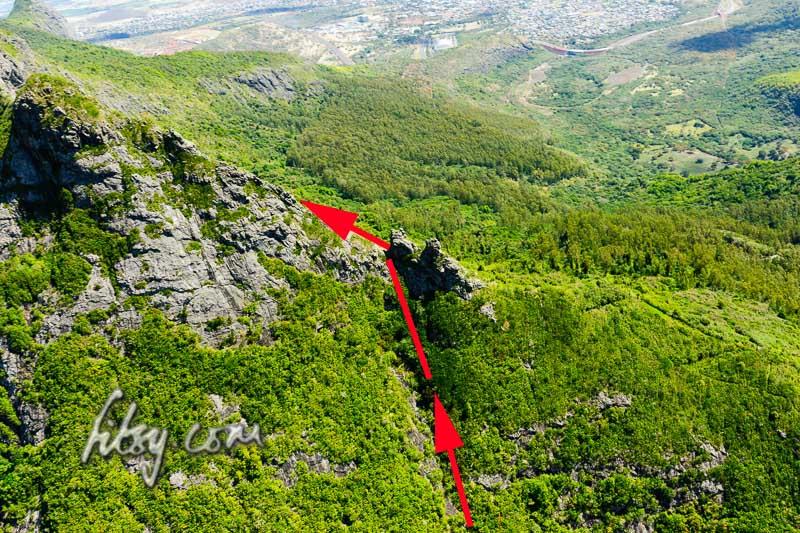 The initial part consists of reaching the two small peaks on the ridge of the mountain, using a gully which strictly speaking, does not have a path, as you need to make your way through woods, which as you move further up, get thicker and more difficult to pass through due to close growing chinese guava trees.

There is an alternative route to reach the two small peaks, but this route is found on private land used for deer farming, and the watchman will not allow you to use this path. 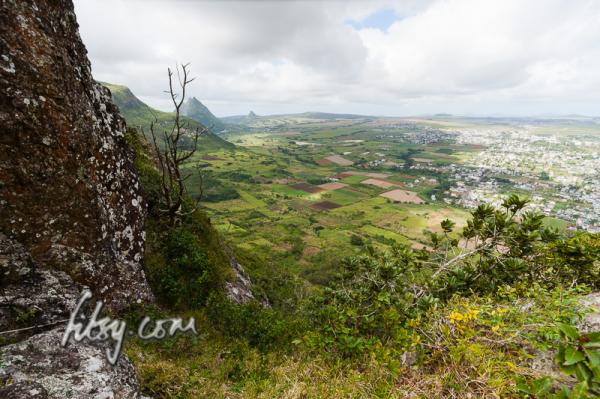 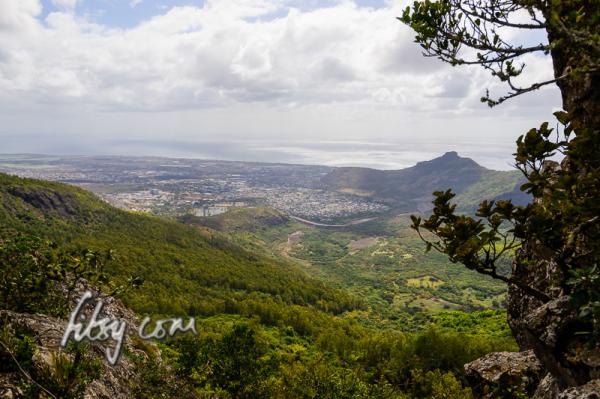 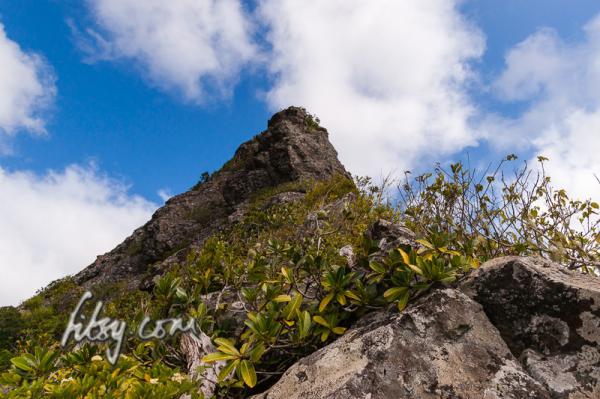 It might look easier on a second attempt, but looked quite intimidating on the first attempt. There are rumours that there could be an alternative way up to the summit starting from the Moka side, but this is subject to future exploration.